​This page has been created in an effort to obtain any information which would assist ​the Amador County Sheriff's Office in their investigations of unsolved homicides or ​missing persons cases.

​If you have information on any unsolved homicide you can contact the Amador County ​Sheriff's Office at (209) 223-6515 or This email address is being protected from spambots. You need JavaScript enabled to view it..

You may also submit an online tip here.

​On April 7, 1997 Steven Lee Stafford (20 years old) was working on a construction job ​site in the area of Pioneer near Highway 88. Stafford reportedly got into an argument and ​walked off the job site without anyone seeing him leave. At the time he left, Stafford was ​reportedly wearing blue jeans, a gray and blue flannel shirt and ankle high boots.

​A missing persons report was taken at the time and a search of several locations was ​conducted. A missing persons bulletin was distributed throughout the county and to ​surrounding agencies.

​On December 21, 1997, a hiker discovered human skeletal remains in the steep wooded ​area of the Mokelumne River canyon, below River Road. At autopsy, the remains were ​identified as that of Stafford. The cause of death was determined to be blunt force trauma ​to the head.

​Anyone with information into the death of Steven Stafford is encouraged to contact the ​Amador County Sheriff's Office at (209) 223-6515. 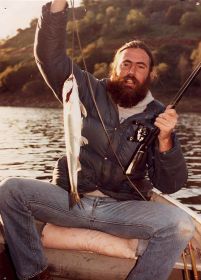 ​Dennis Palmer (33 years old) lived with his girlfriend at his home on Middle Bar Road in ​Jackson at the time of his death in 1987. On August 3, 1987, Palmer's girlfriend left for ​work from the residence at approximately 6:30am. Palmer was still in bed at the time, ​but mentioned that he was thinking about visiting his parents in Alpine County later in ​the day. When she returned home from work, Palmer was gone as was his pickup ​truck. After Palmer failed to return, Palmer's girlfriend contacted his parents, who ​advised that he never arrived at their residence.

​Friends of Palmer's were notified of his disappearance and began conducting a search of ​the area during the week, but were unable to locate him.

​On August 10, 1987 the Amador County Sheriff's Office continued their search for ​Palmer. On August 20, 1987, the body of Dennis Palmer was discovered in a mine shaft ​on his property.

​Anyone with information into the death of Dennis Palmer is encouraged to contact the ​Amador County Sheriff's Office at (209) 223-6515. 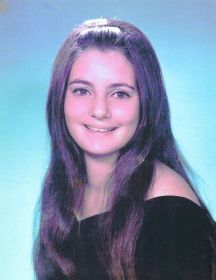 During the evening hours of January 11, 1987, the victim, Gloria Shomler (33 years old), ​along with her husband Brian and their two young children were at their residence in ​Pioneer. While the two children went upstairs and went to bed, the victim and her ​husband remained downstairs. According to Brain Shomler, he left for work after his ​daughters went to bed for the night.

​The two daughters told deputies that when they awoke early on the morning of January ​12th, they went to their parents’ bedroom and found their mother in bed. When the ​daughters could not wake her, they went next door and told their grandmother. At ​approximately 0740 hours, the Amador County Sheriff's Office received a call reporting ​the death of Gloria Shomler. ​When deputies arrived at the Shomler residence they found ​Gloria Shomler lying on her bed and she was deceased. A subsequent autopsy ​determined Gloria died as a result of stab wounds to her chest and abdomen.

​The evidence and interviews have not, to date, led to the arrest of the person or persons ​responsible for this murder. This case still remains open and the Amador County Sheriff's ​Office is asking anyone with any information to contact the Sheriff's Office at (209) 223-​6515.